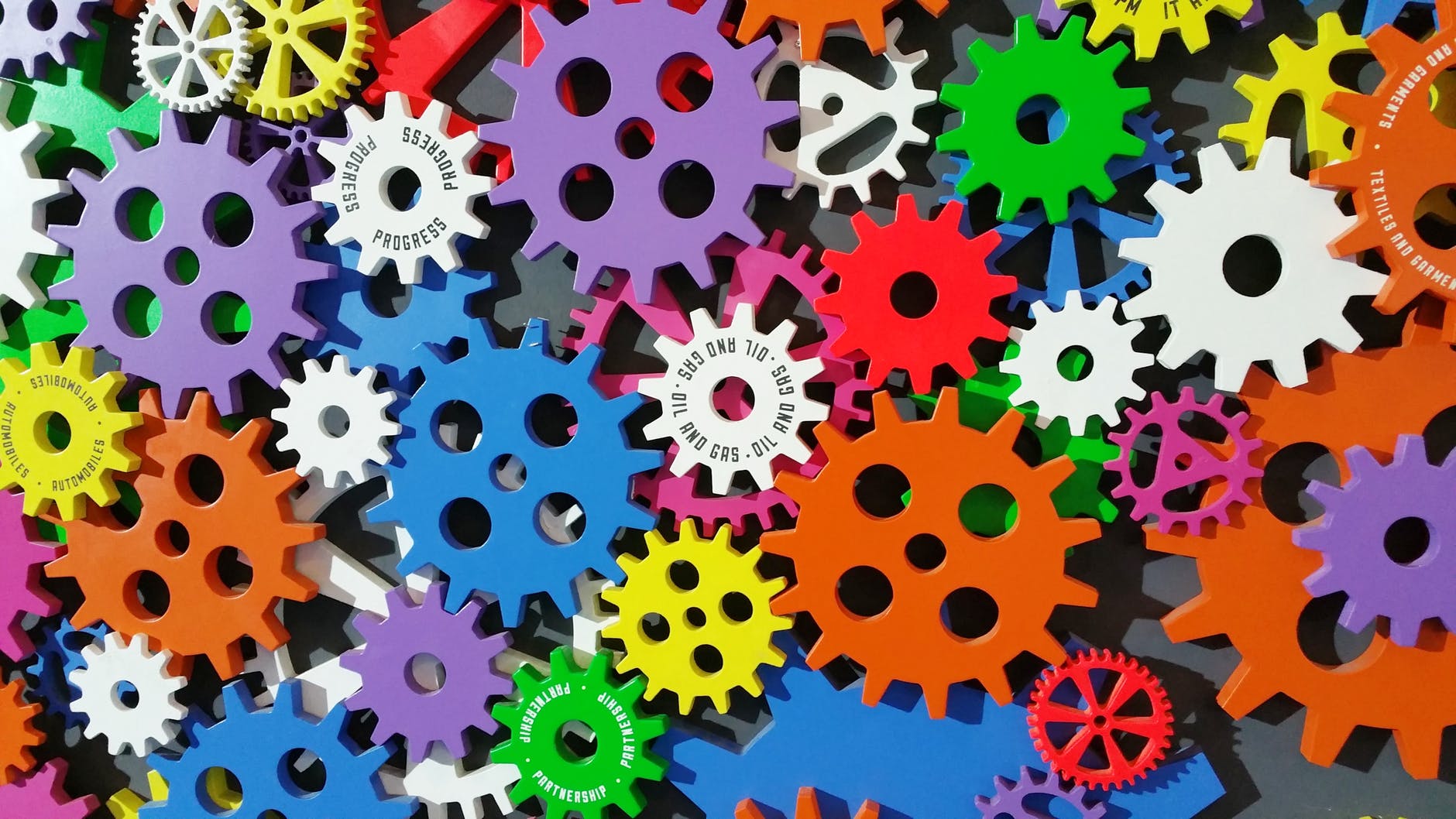 Gears are transmitted power and motion in industries and machines, mainly used for torque multiplication.

Gear also increase or decrease the speed of any system.

The purpose of a gear wheel is to transmit rotary motion and force. A gear wheel with accurately machined teeth round its edge.

A shaft passes through its center and the gear may be geared to the shaft. Gears are used in groups of two or more, which is known as a gear train.

These gears have teeth cut one cone instead of a cylinder blank. Bevel gears are used in pairs to transmit rotary motion and torque.

Which are 90 degrees to each other.

A gear which has one tooth is known as Worm, this tooth in the form of a screw thread. A worm wheel meshes with the worm .

These gears used where necessary to transmit quietly and smoothly a large torque through a right angle at high velocities.

Rack and Pinion are used for converting rotary motion to linear motion.

This type of gear is widely used today. A spur gear, transmit a positive motion between two shafts lying parallel to each other.

Every gear rotates about its axis. So, all parameter have to be inspected about the axis of rotation.

Get Videos of Engineering Stuff, Checkout our YouTube Channel

2 thoughts on “Basics of Gear Metrology”