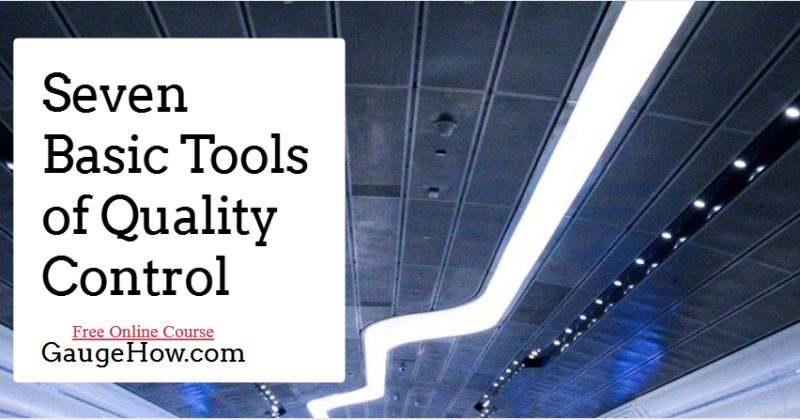 This seven basic quality tools, which can assist an organization for problem solving and process improvements. Learn this awesome skill Free Here.

The first who introduce the seven basic tools is Dr. Kaoru Ishikawa (1968).

Check sheets are sheets that are designed in advance to collect the necessary data easily and systematically, which allows the efficient checking off all items for inspection and verification.

Check sheets are tools for collecting data. They are designed specifically for the type of data to be collected. Check sheets aid in the systematic collection of data.

The histogram is a very useful tool to describe a sense of the frequency distribution of observed values of a variable.

It should be designed properly for those working into the operation

the process can easily utilize and understand them.

who worked with income and other unequal distributions in the 19th century,

population. Which means the majority of defects are caused by a few defective items later, the Pareto principle was developed by Juran in 1950.

Kaoru Ishikawa is considered by many researchers to be the founder and the first promoter of the ‘Fishbone’ diagram (or Cause-and-Effect Diagram) for root cause analysis and the concept of Quality Control (QC) circles.

between a result or a symptom of an effect and its possible causes.

When solving a problem or analyzing a situation one needs to know the relationship between two variables.

in two dimensions, which helps to detect and analyze a pattern

relationships between two quality and compliance variables (as an

A Flowchart visualizes a picture including the inputs, activities, decision points, and outputs for using and understanding easily concerning the overall objective through the process.

Control chart or Shewhart control chart was introduced and developed by Walter A. Shewhart in the 1920s at the Bell Telephone Laboratories and is likely the most “technically sophisticated” for quality management (Montgomery, 2009).

Control charts are a special form of “run chart that illustrates the amount and nature of variation in the process over time”.

Also, it can draw and describe what has been happening in the process.