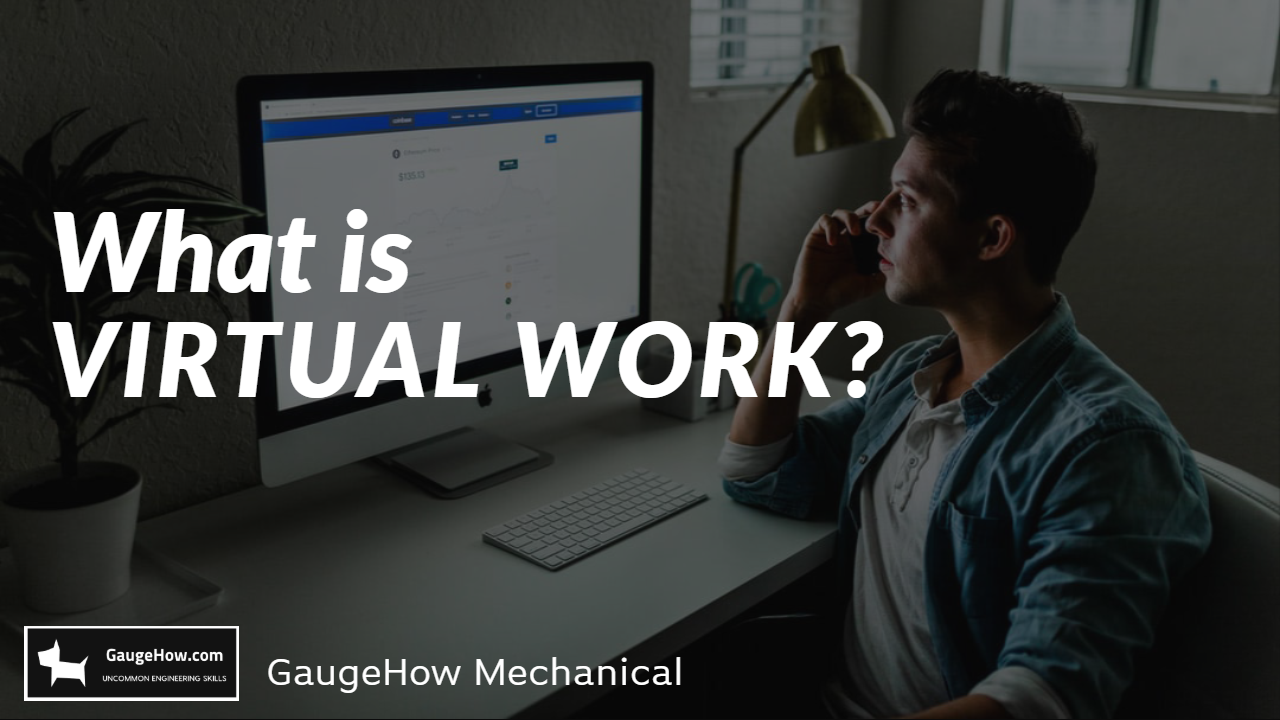 Watch the Video of this Blog

This concept is just as it sounds. In short, a work that doesn’t happen.
The concept of virtual work becomes convenient when the angle between the tension the direction of virtual displacement is either zero or 180. Thus, in a sense, it can be said that the concept applies to 1 degree of freedom systems.

· Follow system constraints
· Give displacement along the free degree of freedom

Consider a simple pulley system. All of us had some difficulty in visualizing the dynamics of the system at some time. Here, virtual work makes our job much easier. Moving to complicated systems, not only is the concept of virtual work applicable in mechanics, but it is also used in mechanics of deformable bodies (an advanced version of solid mechanics).

Consider a system of a big network of gear connected in a specific manner (gear train). If you’re allowed to rotate only one gear and you’re asked to predict the motion of some other gear, it can get a bit complicated. Virtual work can be used in this case as well.

Suppose you’re provided a gearbox and depending upon the input given you’ve to predict the output velocity. This problem can be solved using gearing ratios but when the system expands it is much convenient to solve it using the virtual work method.

Understand the rules governing this concept and make a list of various day to day like applications around you where you can apply the concept of virtual work.